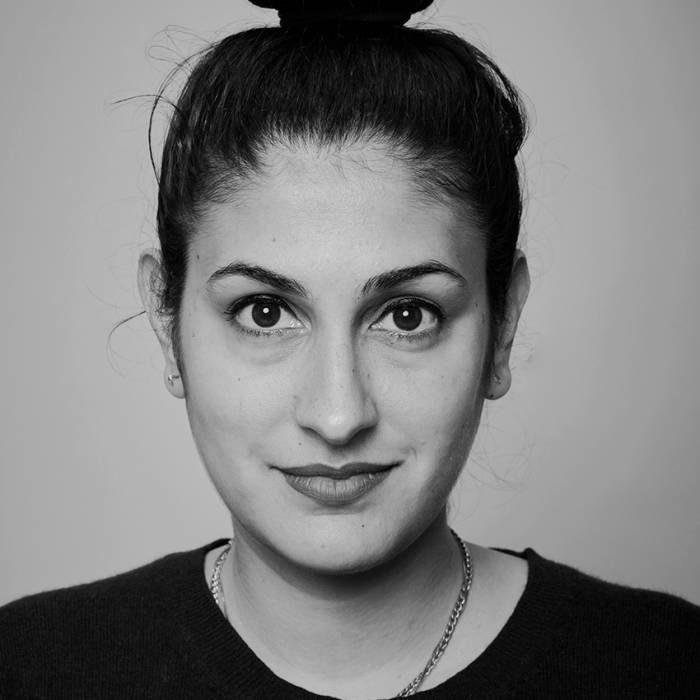 Aida Baghernejad is a freelance journalist and podcaster. She writes and speaks in German and English about music and food for all kinds of regional, national and international publications such as Deutschlandfunk Kultur, Zeit Online, taz, tipBerlin and the San Francisco Chronicle. Sometimes about both at the same time, but mostly about the political in sound, on stage or on the plate. She is also co-host of the podcast "55 Voices for Democracy", produced by the Thomas Mann House and the US magazine Los Angeles Review of Books, host of "You Never Stop Learning", a Spotify and Munk Studios production, and founder of the podcast "Pasta & Politics". In 2021 she received the International Music Journalism Award for Music Journalist of the Year, in 2019 she was awarded for the best text of the year, and has been nominated for the Alternative Media Award or the Listen to Berlin Award, among others, in recent years. Mostly she lives in Berlin, sometimes in London, and mostly on the internet. 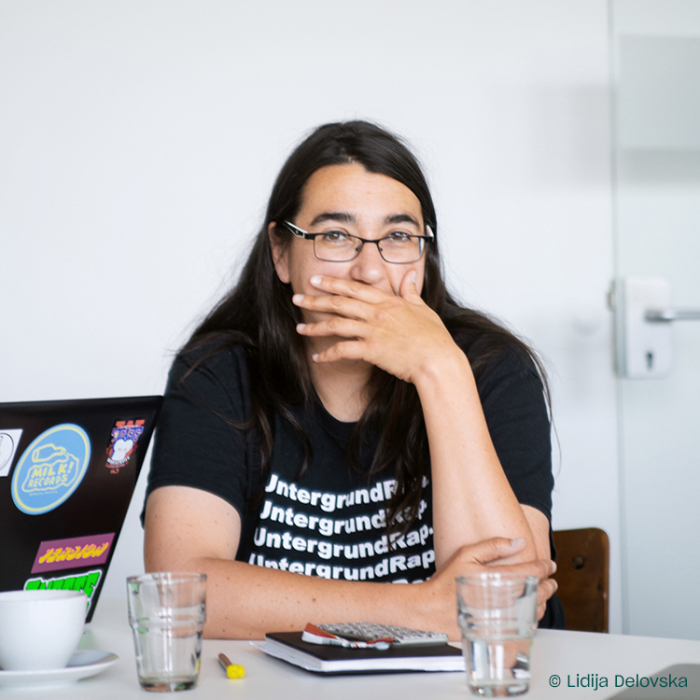 Born in Frankonia, Dani Fromm moves to the Lake Constance region to study in the early 90s; nice area but also a cultural wasteland for anyone with even a slightly leffield taste in music. She who isn’t offered anything does it herself: University parties at first, the rest follows. Two and a half decades and numerous promoted concerts, readings and dj shows, festivals, bookings, tour management and babysitting for various musicians, half an agency and a full-on second-hand record-store later, her diploma in biophysics still sits unused in a drawer. Yo Mama Fromm got stuck as an editor of laut.de. This is where since 2004 she writes about soul, funk, pop, reggae, schlager, humppa and overtone singing, mostly about hip hop though, her first love, for ever. 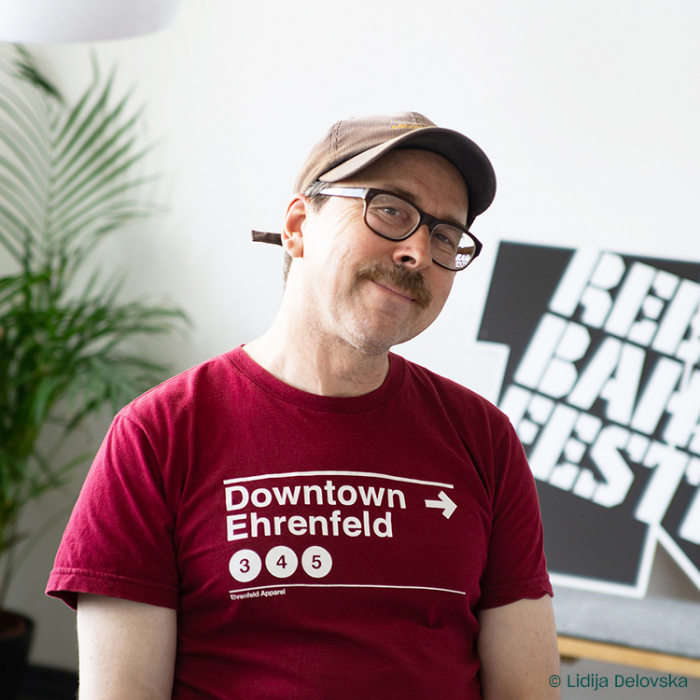 Hans Nieswandt has been a DJ ever since he was a teenager. In 1983 he earned his first musicians’ fee. Since the early 1990s he regularly spends his weekends as a DJ in clubs and at parties. In the 1990s he was part of the Spex editorial team and one third of the successful music project Whirlpool Productions. In addition to numerous own record releases he also remixes for other musicians.

For several years Hans worked as a moderator at the WDR station EinsLive. Additionally he writes for many magazines such as Spex, Groove, taz and more. On tour with the Goethe-Institut he represented German culture in Brazil, Mexico, South Africa, the Middle East and Turkey. In 2002 he published his first book „plus minus acht“, in which he describes his life as a DJ. In 2006 and 2010 the books „Disko Ramallah“ and „DJ Dionysus“ followed.

Since January 2014 Hans is Artistic Director of the Master Program Pop Music at the Institute for Popular Music of the Folkwang University of the Arts in Bochum. 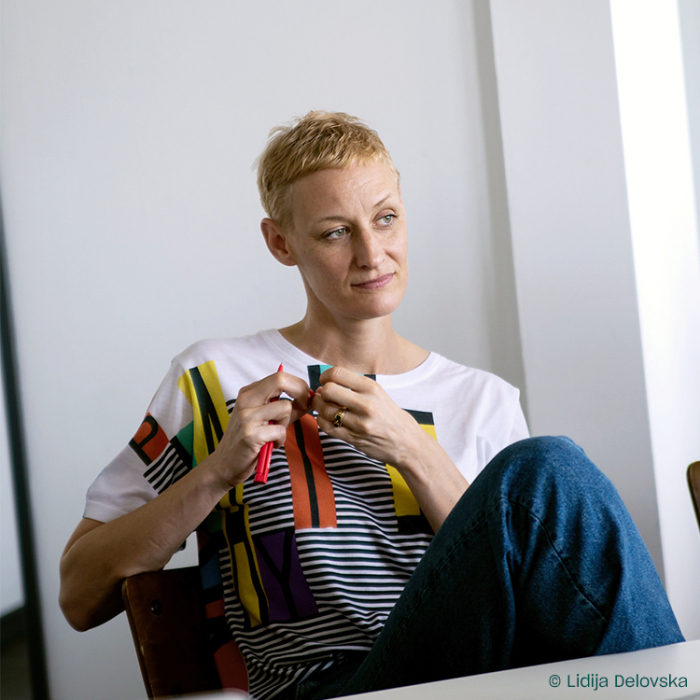 Born in 1978, Mascha is a journalist and an author. She studied Modern German Literature and History in Bochum. Her texts have been published in FR, FAZ, ZEIT ONLINE and Neue Rundschau. She is co-editor of the journal Pop. Kultur und Kritik, for which she regularly writes about pop and art. She is a member of the 10nach8 editorial staff, a column and a collective of authors at ZEIT ONLINE. Mascha has also been a podcaster since the beginning of 2019 and has been DJing since she started going out. 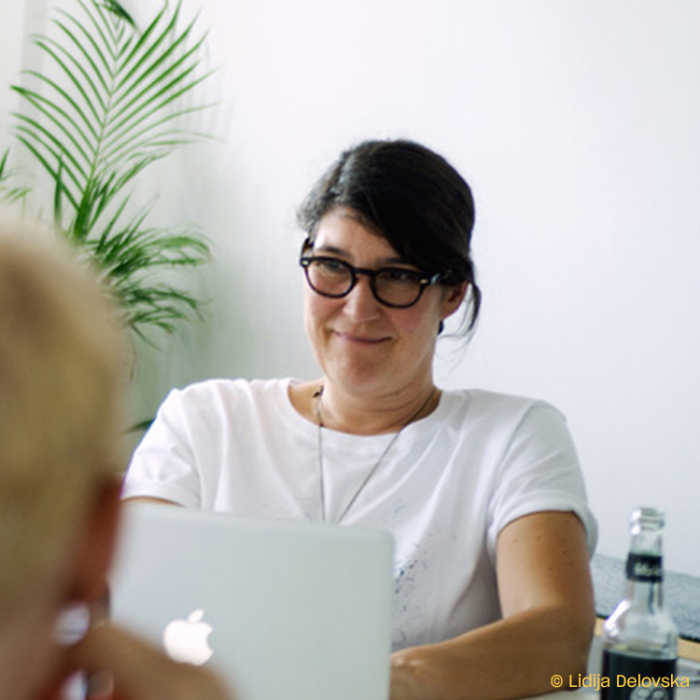 Susanne Baller came to Hamburg in 1987 to study and knew right away that she would never move away again. The water, the wind and most of all the concerts in the various clubs and on bigger stages spoiled her for any other city. Following a journey through various editorial departments she has been writing for stern.de for more than ten years now - about almost anything, except about music. That is something she rather reads about. 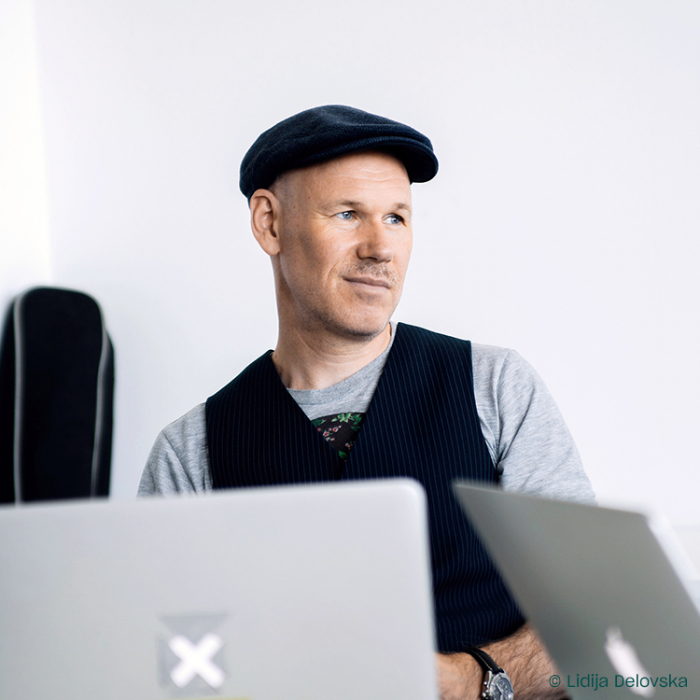 With a diploma in journalism, Christoph Lindemann could have tried being a serious publicist, but he chose Rock'n'Roll: After ten years as an editor of "Musikexpress" (including interviews with Jay-Z, Johnny Cash, Björk, The White Stripes, M.I.A. & Mick Jagger), he has been head of music at PULS since 2009. For the young content network of public broadcaster Bayerischer Rundfunk, which distributes numerous music journalistic formats and content via radio, YouTube, podcast and social media, he is responsible for the PULS Festival, among other things. 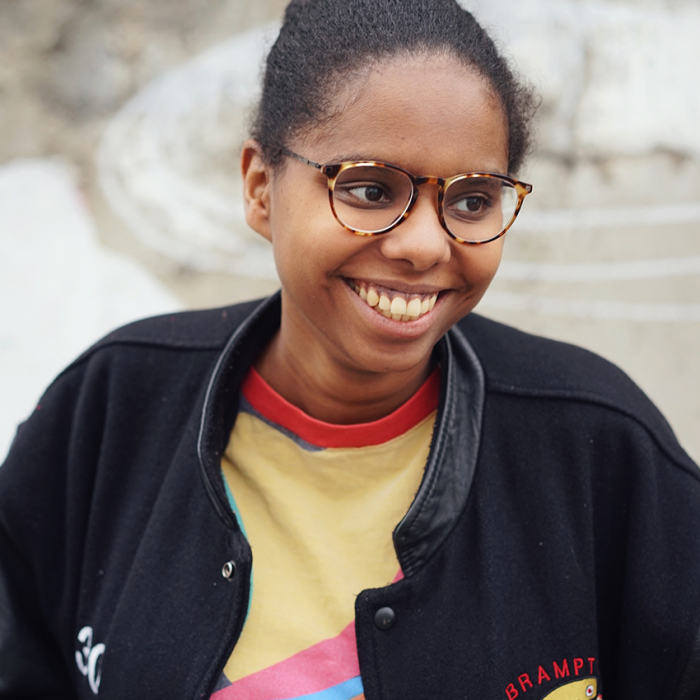 Dalia Ahmed is a music journalist, radio presenter and DJ from Vienna. She has been working at ORF station Radio FM4 since 2015. In her show "Dalia's Late Night Lemonade", she has been presenting her favourite music from the Austrian and international pop world since 2017.
She is part of the FM4 Morning Show team as a presenter and producer. As a freelance journalist, she writes reviews and texts for magazines such as The Gap, Missy Magazine and An.Schläge. In 2019, Dalia Ahmed curated the line-up of the Viennese music festival Electric Spring, in 2020 she was curator of the music programme of the Civa Media Arts Festival and in July 2022 she co-curated the Popfest at Karlsplatz in Vienna. 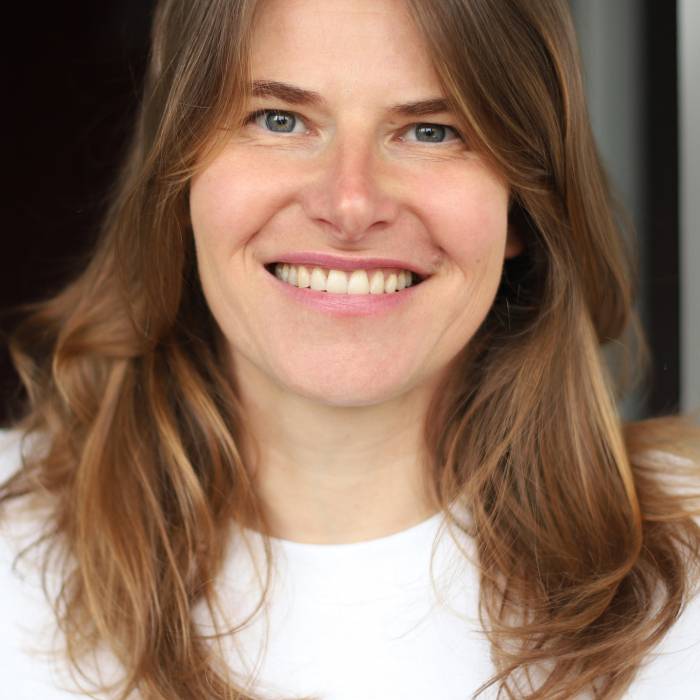 Without music, nothing works for Elissa Hiersemann. Born in Magdeburg, Elissa Hiersemann gained radio experience while studying American and German studies in Potsdam. After completing her studies, she was the first pop music trainee at ARD. Since 2006 Elissa Hiersemann has been part of the radioeins music editorial team. There she hosts a weekly music show called SWAGGA. She also works as a freelancer at Deutschlandfunk Kultur for the programs "Tonart am Vor - und Nachmittag", which are about looking at pop music from a feuilletonistic perspective. 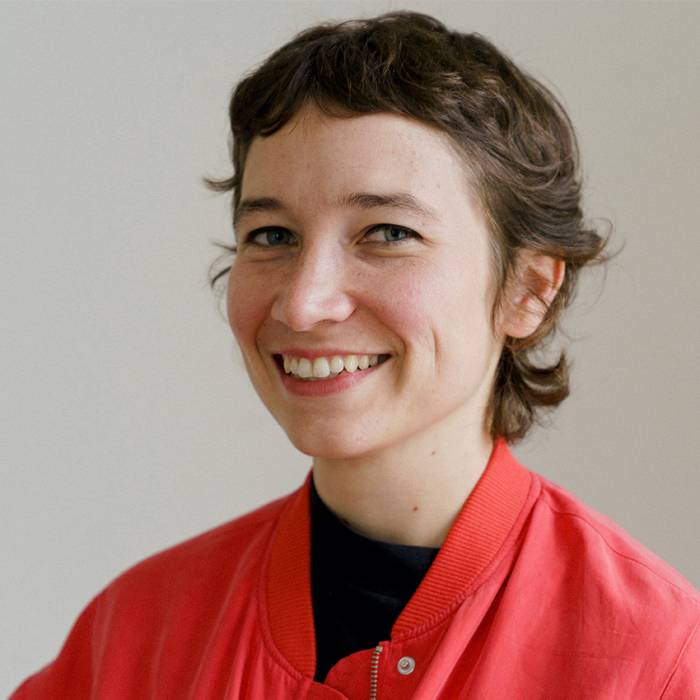 After studying literature, art and media studies at Lake Constance, Jessica Hughes worked for several years as a presenter and editorial member at ByteFM and as a freelance writer for various music programmes of the public broadcasters, such as Tonart on Deutschlandfunk Kultur. She also developed and supervised the in-house podcast for the music magazine SPEX.
She is currently a permanent music editor at detektor.fm in Leipzig, where she looks after (new) podcasts, among other things, and after several years as a freelance consultant for the Reeperbahn Festival Conference and as a board member of the International Music Journalism Awards, she is part of the jury. 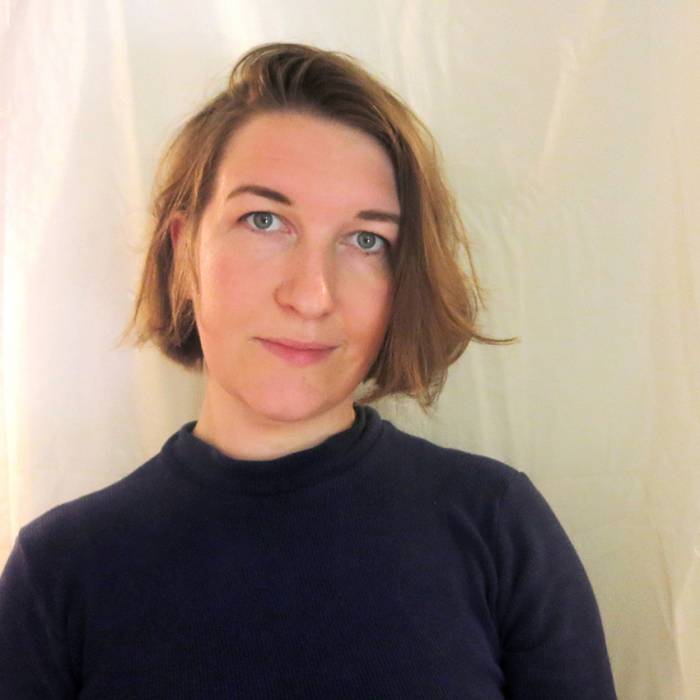 Those who successfully complete the Communication Design & Media degree programme do something with it afterwards, in the best case scenario: Communication Design and Media. Katharina Grabowski, born in 1983, has tried her hand in both fields of activity since the end of her studies - for example as a layouter, editor or author for various blogs and city magazines. A few years ago, the spectrum was expanded to include the audio component, as she is now a graphic designer and editor-in-chief at the Hamburg radio station ByteFM. Sometimes there is still time to write texts for other media; these are then published by Ventil Verlag, among others. She has also recently reactivated her semi-professional DJ career. 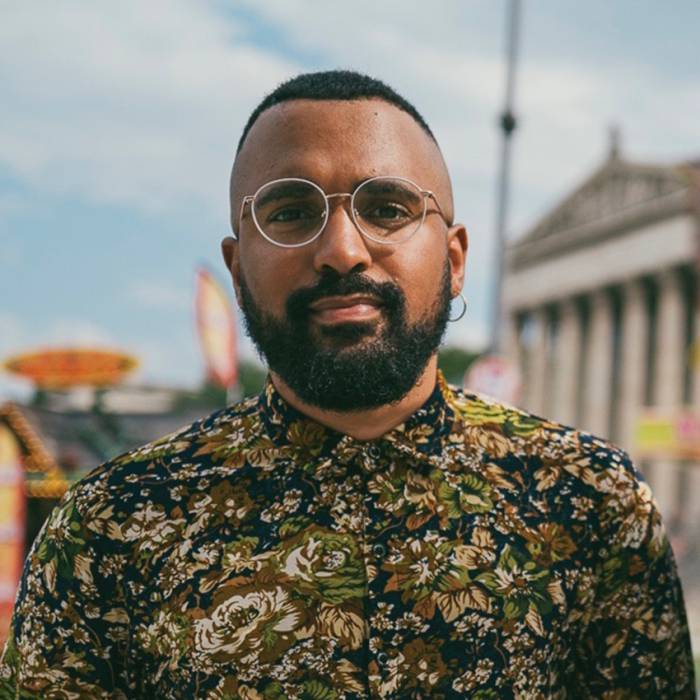 By the age of 19 Malcolm Ohanwe had already interviewed some of the biggest R&B musicians like Brandy, Bryson Tiller, Miguel, Ty Dolla $ign or Macy Gray in his own interview format, MalcolmMusic. His cheeky English language interviewing style regularly made headlines in the US and UK. Later he would also produce video, radio and text pieces in German about pop culture and music for media such as ProSieben, Deutsche Welle, Funk, Rap2Soul.de, Spiegel Online and Bayerischer Rundfunk. In 2022 Ohanwe is part of the International Music Awards multimedia jury. From 2019 to 2021 he was nominated three times in succession for the award, and also won it once. In addition to music journalism, Ohanwe is a dedicated cultural and political journalist and translator. He is the founder of the format "Kanackische Welle" (funk), and host of the formats "Respekt" (ard alpha), "Brudi Talk" (rbb), "#trending" (zdf), "Sack Reis - Was geht dich die Welt on" (SWR). 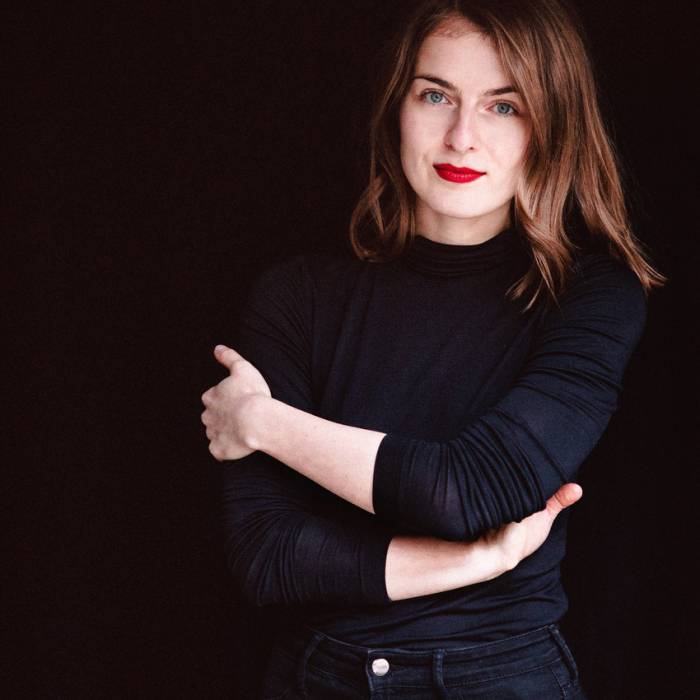 Melanie Gollin was born near Berlin in 1987, studied English and communication studies and has been a music editor for 15 years; much of it at the Berlin radio station FluxFM, as a freelance journalist or as the editor of her own projects such as the music newsletter ZWISCHEN ZWEI UND VIER. Mostly she is bored with what is still called music journalism today. As a writer, editor, radio presenter and product manager, she has observed the music industry from all angles over the years and wishes she had more courage and imagination when it comes to reporting on music. 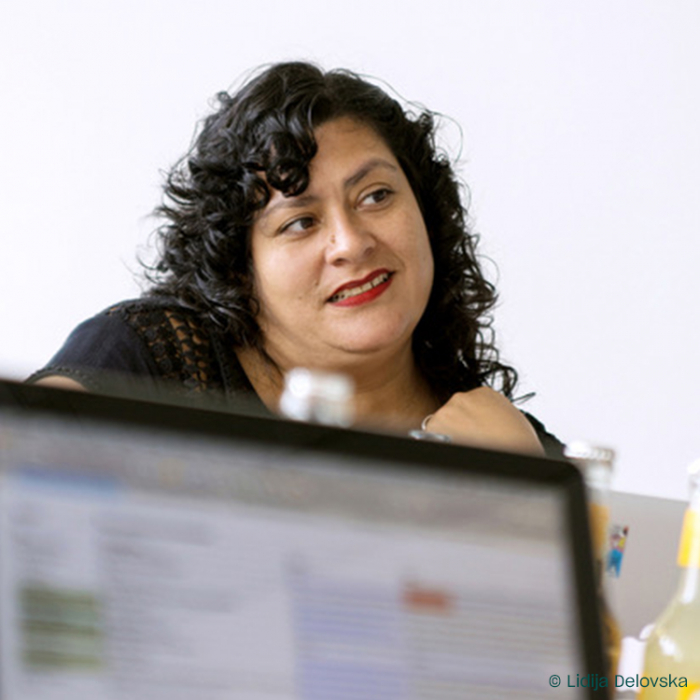 Melissa moved from Chicago to Berlin in the 90s. Since then she has organized an international film festival, owned her own restaurant, and began booking and promoting live shows and film screenings under the moniker M:Soundtrack. Before the world took a break, she presented international live acts on a monthly basis in locations such as Schokoladen, Grüner Salon or Berghain Kantine.
M:Soundtrack is a platform and meeting point within the Berlin independent music scene since 2004. Melissa is a board member with all2gethernow, a conference for new strategies within the music business and its cultural landscape. Melissa’s passion is soundtracks, therefore starting Supertape was the likely result: a music supervision and consulting company which she runs together with the documentary filmmaker, Sabine Steyer. Since 2014, Melissa is a co-founder and consultant of the Music Pool Berlin, the central place to go for musicians and people working in the music business, living and working in Berlin. In 2017, Melissa co-founded We Make Waves, a festival and conference for female-identifying, trans and non-binary musicians. Since then, she has co-founded Night School, a platform and event series aimed at intergenerational, intersectional audiences, empowering underrepresented voices through workshops, live and digital performances and networking. Apart from that, Melissa's superpower is hosting spontaneous dinner parties, making mixtapes and being a supermom of two sons. 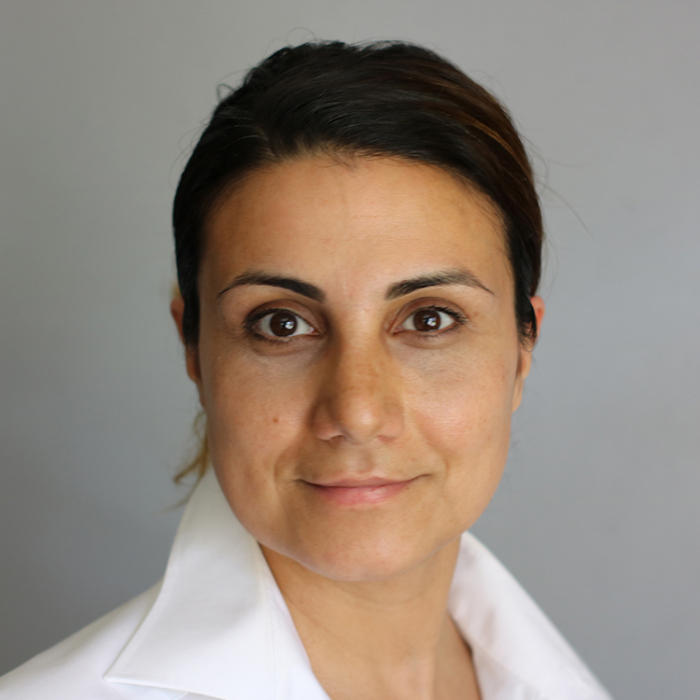 When Niloufer Behradi-Ohnacker finished school in the late 1990s, she didn’t know that she would become a blogger a few years later, let alone that such a profession would exist. But she was already into music. Together with her business partner at Blogrebellen (and spouse)  Peter Ohnacker she started to set up first websites in the early 2000s. Following an education in media design, Niloufer knew she wasn’t made to work in an agency, so she studied Ethnology, Iranian Studies and Communication Science at FU Berlin. 2007 Behradi and Ohnacker started their first blog with music and culture as its main topics, always looking for stories and new music discoveries. Today blogrebellen.de is one of Germany’s most read blogs. What started as hobby has become a profession, with music still at the heart of things. At the FreeTech Academy, her role as programme manager includes supporting the development of new forms of training at the interface between technology and journalism. 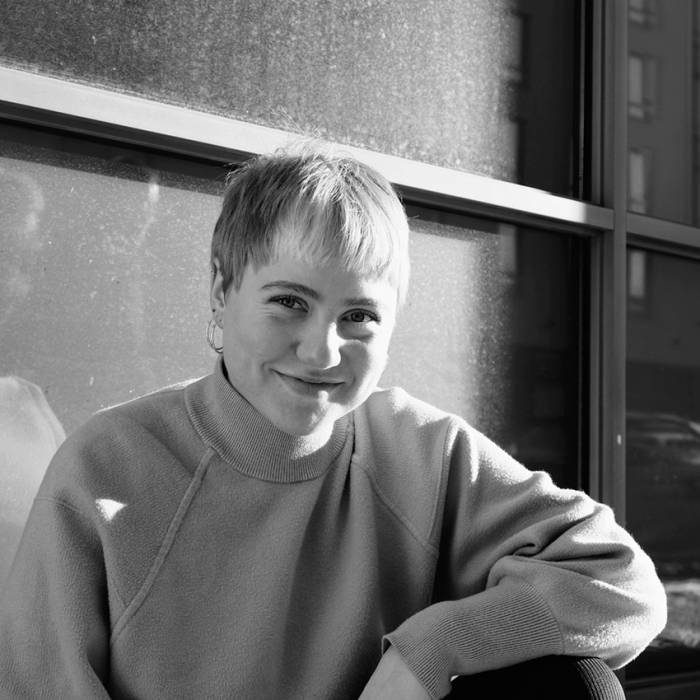 Actually, Paula Steinbauer just wanted to know a bit more about music. That this would eventually grow into journalism was more of a happy surprise.
Today she shares everything she knows about in her programme "New School" on ByteFM, at Deutschlandfunk and in the taz newspaper.
Having grown up at the interface between millennials and Gen Z, she is the youngest member of the IMJA team and attaches particular importance to innovative formats, entertainment and the new voices of music journalism. 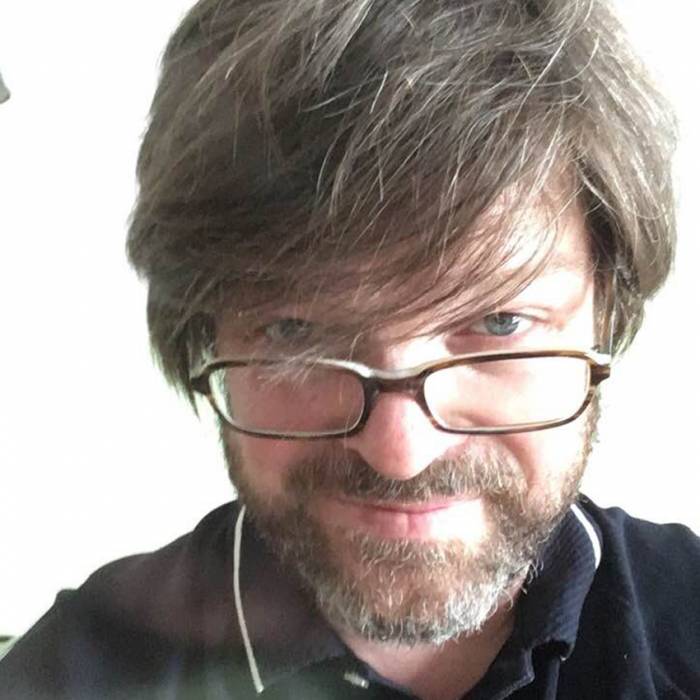